A long stretched beach, an airport and a flourishing port. The city of Ostend has it all. To protect the city from flooding and to optimize the port’s growth, Jan De Nul, Soetaert and other partners expanded the access channel and strengthened the slopes. Now the port can develop into a hub for vessels of up to 200 metres.

In the port of Ostend, Jan De Nul expanded the access channel up to 145 metres, opening the port for large jumbo vessels or offshore installation vessels up to 200 metres. In order to protect the port from flooding, we strengthened the slope with blocks of 15 tonnes each.

A combi-wall to build on

For the new quay wall, we built a combi-wall over a length of 179 metres, anchored with a concrete head beam. A combi-wall is an earth retaining wall that increases the bearing strength of a construction. Steel tubular pipes are driven into the soil, supported by sheet piles in between. The whole is stabilized with horizontal struts or anchors in the soil behind it. In total, we installed 169 tonnes of steel reinforcement. 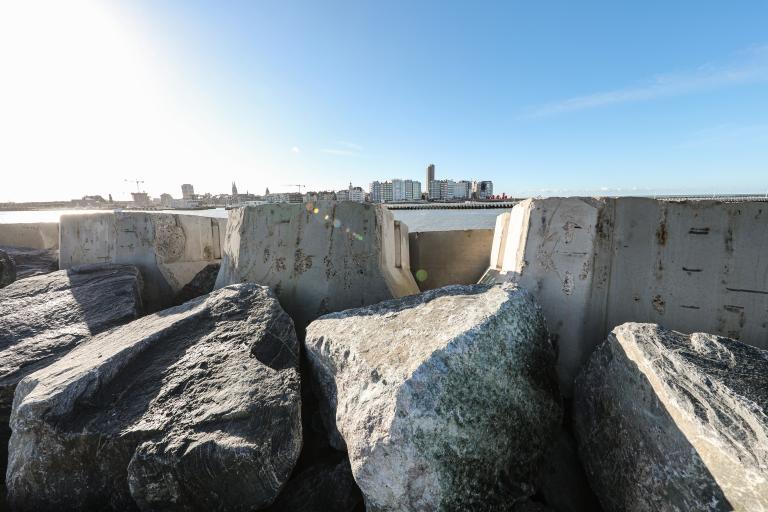 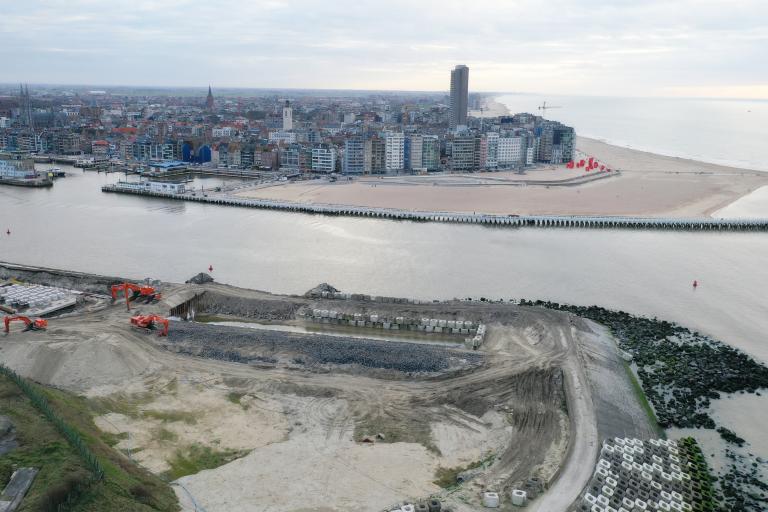 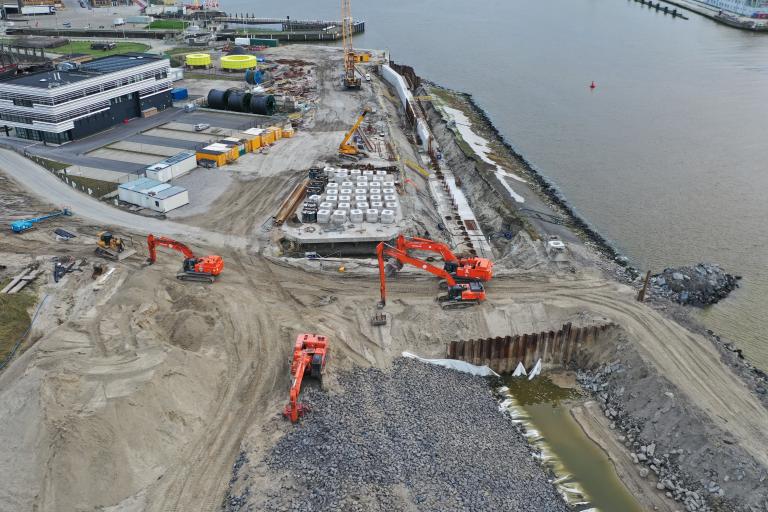 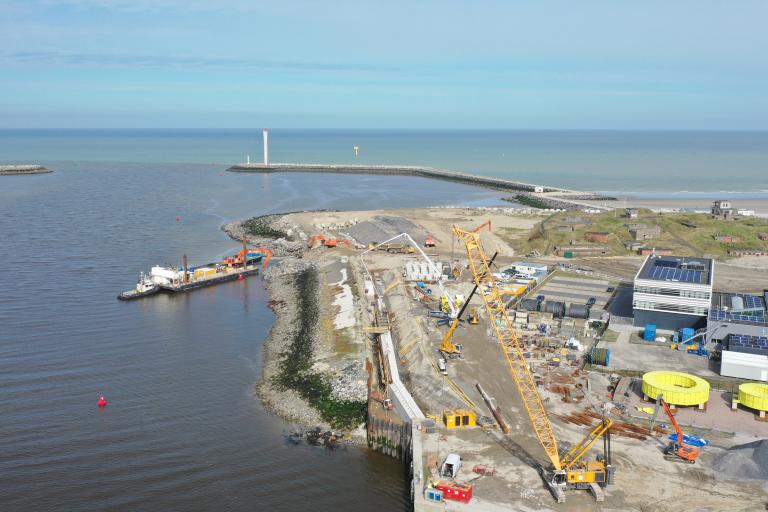