Gunfleets Sands OWF is a 172 MW wind farm about 7 km off the coast in south of the United Kingdom. The OWF was constructed by Dong (now Orsted) between 2008 and 2010. The field is located in very shallow water depth ranging from 2 m to 15 m LAT and the large tidal range on site created more scouring around the monopiles than expected.

After a couple of surveys in the years after completion it became clear that the cables connected to the turbines were free spanning more than intended due to the scouring effect which created a larger whole around the monopiles. To mitigate this both the ‘Simon Stevin’ and the ‘Tiger’ were mobilized to install rock material around these monopiles. The ‘Simon Stevin’ was used as a supply vessel to make it possible for the shallower ‘Tiger’ to install rock material on high tide even on the shallowest locations. Over 50,000 tonnes were installed in one campaign in 2014. 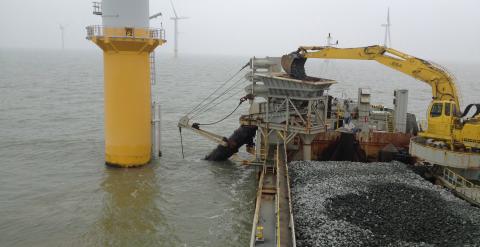 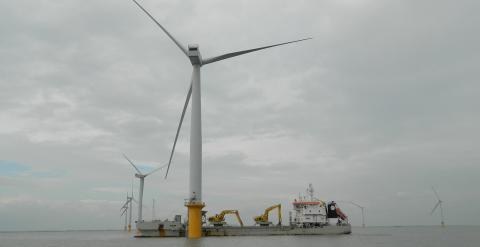 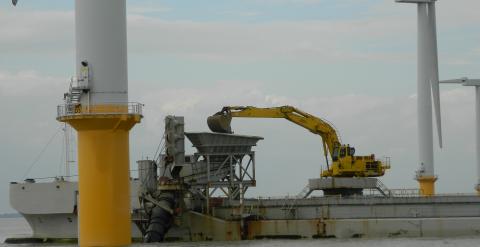 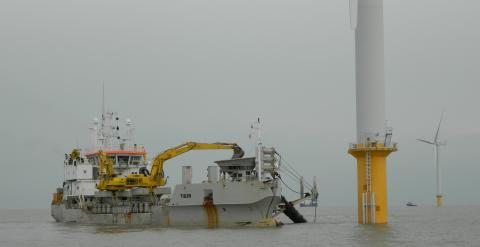 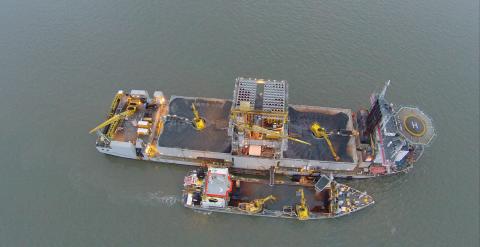 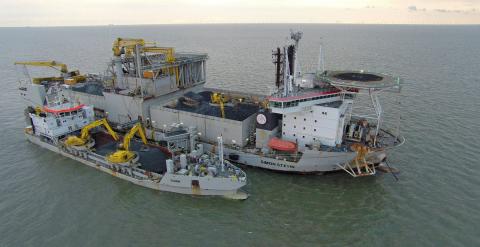