Over the past few years, the port of Hamburg didn’t have a great ranking on the global list of container ports. The reason: limited draught in the Elbe river, linking the harbour with the North Sea. With their maintenance and deepening dredging works, Jan De Nul Group contributed towards putting Hamburg back on the map.

To keep the harbour safely accessible for shipping, the Hamburg Port Authority is continuously organising, sometimes large-scale, dredging campaigns. In the past, Jan De Nul Group were able to carry out a major part of these works.

In 2020, Jan De Nul Group took part in the ninth deepening campaign of the Elbe river, linking the port of Hamburg to the North Sea. Because of the limited draught of only 12.5 metres, larger container carriers couldn’t reach the harbour easily. Jan De Nul deepened the channel and a number of berths in the territory of Hamburg. Near the city of Wedel, Jan De Nul widened the channel to 385 metres, enabling two large container vessels to cross safely. Here, clay to be dredged was pre-processed by suction cutter dredger Fernão de Magalhães, and the trailing suction hopper dredger Pedro Álvares Cabral extracted and removed the clay.

Near Brunsbüttel, the Pedro Álvares Cabral transhipped the dredged sediments into the smaller hopper dredger Tristão da Cunha via an innovative hopper-in-hopper discharge technique, which then deposited the dredged sand and clay into shallow underwater deposits. 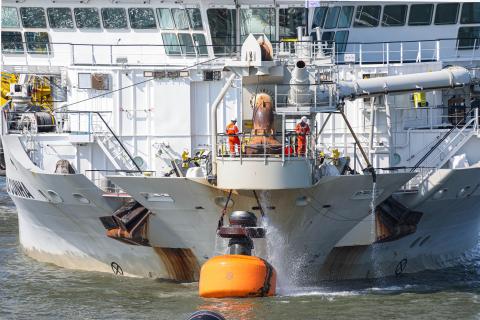 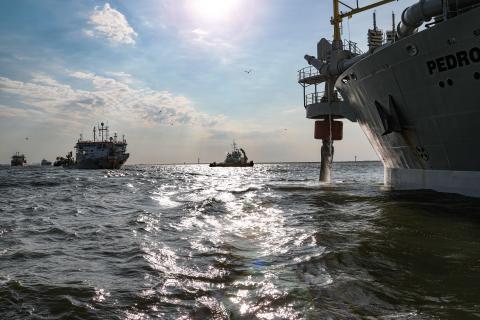 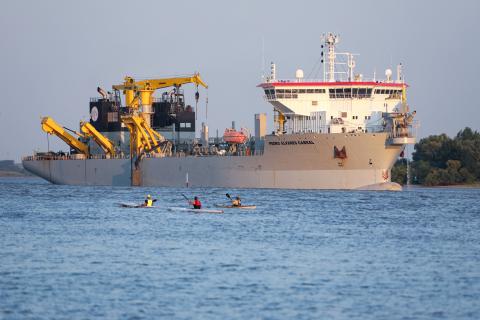