Jos De Cubber, Pieter Smit, Michiel Himpe, and Arne Baeyens have been colleagues for years, but each of them in a different department. It was the JDN Innovation Challenge which brought them together. In the summer of 2020, the quartet registered for the same subject and together they won the JDN Innovation Challenge with their Automated Monitoring System. They all agree that it’s a wonderful experience to work on a project completely different to their daily responsibilities.

What was the idea which you all developed?

‘Together with Seiche, which specialises in high-tech visual detection systems and underwater measuring and acoustic systems, we’ve developed an automated second generation HD thermal camera system for installation ships. This camera is designed to detect sea mammals in the vicinity of a maritime project. That’s important because as soon as a sea mammal swims within a certain perimeter around a project, we have to stop work for the animal’s safety,’ Jos explains. Arne continues, ‘That’s necessary because the last thing we want is for a sea mammal to die, for instance, as a result of a pressure wave created during the installation of a monopile.’

‘With those cameras we want to centralise and automate the monitoring of sea mammals in the vicinity of a project. Today, we’re carrying out this task with one or more boats, each with three colleagues who monitor round the clock. It’s a very intensive assignment, but this camera system helps us work more ecologically and safely. The new system offers 24-hour visual monitoring of sea mammals. And so, it’s an essential tool to limit the effects of offshore activities,’ Pieter adds.

Which came first: your idea or the JDN Innovation Challenge?

‘It grew organically,’ Jos says. ‘I work for the Marine Engineering Department (MARED for short) and that brought me into contact with the company Seiche. During one of their presentations, I heard they were working on this innovative camera system and when I entered the JDN Innovation Challenge, the puzzle came together. I suggested the idea to the team.’

Arne adds, ‘We were all enthusiastic about it! Like Jos, I’ve worked for the MARED department for a few years and I monitor environmental aspects of our projects. The environment is a subject close to our hearts, and protecting sea mammals is part of that. And so, we soon had a brainstorming session to develop the idea further.’

What’s your next project milestone and how did the JDN Innovation Challenge help you achieve it?

Jos explains, ‘This summer, the trials are starting on board the Adhémar de Saint-Venant in Mauritania. Between August and October, we’ll be testing to ascertain the visual distances which these cameras can bridge. We’ll be collecting data to check the artificial intelligence capacity of the automatic tracing function in an area known for its abundant sightings of sea mammals.’

‘Thanks to the JDN Innovation Challenge, it’s all happened quickly and the project has received the recognition which it deserves within the company. As a result, we’ve been able to move to a higher gear quickly and we can conduct the first tests in August,’ Arne says. ‘The Seiche camera system would have emerged without the JDN Innovation Challenge, that’s for sure. But probably not as quickly, and, who knows, not in partnership with Jan De Nul. Now, we’re the first ones to use this camera system; we’re the market leader.’ 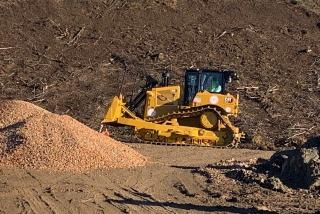 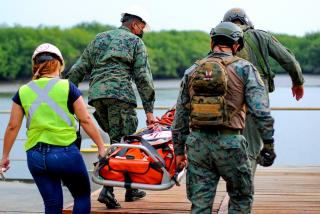 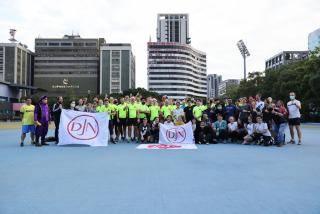 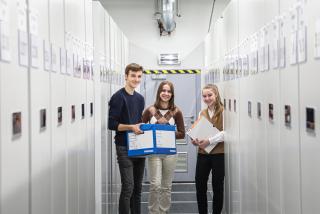 Why we choose to cooperate with educational institutions 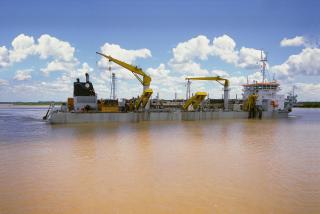 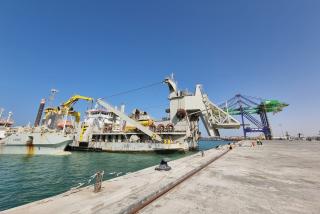 An A certificate for our Willem van Rubroeck