The port of Takoradi exports, amongst other things, timber, cocoa, bauxite and magnesium. The port is also the central pivot for all supplies to Jubilee Field, an offshore oil field west of Takoradi. Finally, a major part of the cargo entering the port is intended for countries without a coast such as Mali, Burkina Faso and Niger. All these goods wish to enter the port in increasingly bigger container ships, which the port of Takoradi could no longer handle. To be able to meet these 21st century needs, Jan De Nul took on the financing, design and construction of a quay wall, the extension of a breakwater and the corresponding dredging works for this port extension project.

The construction of a new bulk port for GPHA (Ghana Ports and Harbor Authority), which consisted of three phases, started in 2013 and was completed in 2017. The first phase of the plan included the extension of the 1.1-km breakwater protecting the port, the deepening of the port to -14 metre and the construction of a 200-metre quay wall. This will allow to welcome bigger ships, which will generate revenues to finance the following phases. In a second phase, the port was deepened further to -16 metre and another 400m of quay wall was built. The dredged material was used for reclaiming a site of almost 124 acres. In the third phase, the quay wall was extended by another 200 metre, resulting in a -16m quay wall of 800 metre long.

Meanwhile, we are still working in Takoradi. A local terminal operator invested in the next phase of the port development, namely the further development of a multi-purpose terminal, through a concession of 20 years. For this operator, Jan De Nul extends the -16m quay wall with another 600 metre. Finally, we will also pave and add the finishing touches to the port site. These works will be completed by the end of 2021. At that moment, Jan De Nul will have extended the port through the construction of a 1400-metre quay wall of -16m deep. 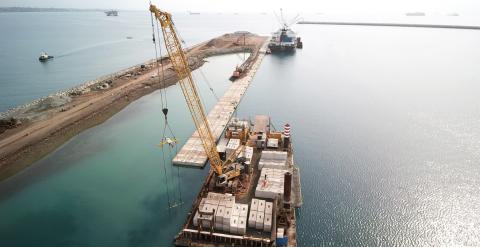 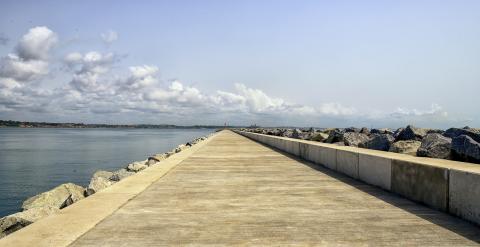 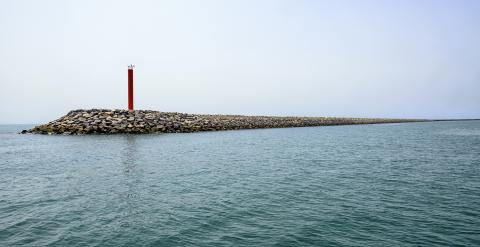 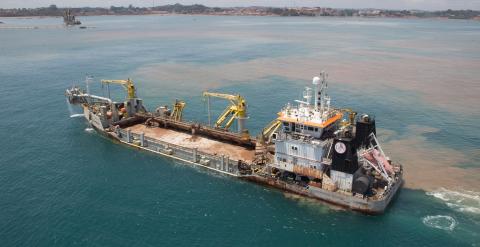 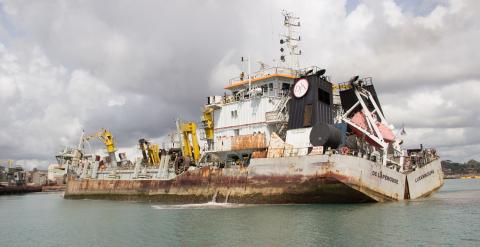 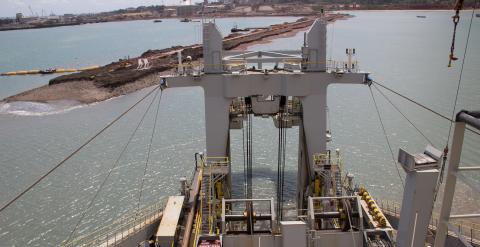 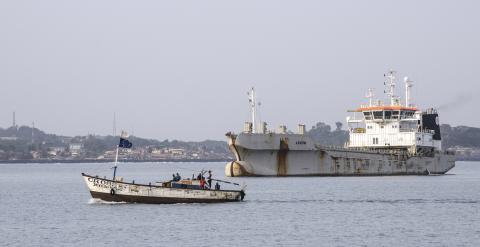